This article showcases one of the more interesting pieces of code written for this Infinity Table.

You can access all of the following code on my Github.

So far, this is pretty simple. For each tick, we update all 174 LEDs. If their value falls between the starting address (northPixel and southPixel) and the counter’s endpoint, then flip those LEDs on with an RGB code.

The problem was jumping the awkward gap between LED 174 (the end of our strip) and LED 0 (the beginning). In order for our light to extend smoothly outwards, the loop logic would have to jump nicely from 174 to 0 and extend the counter.

Here’s how I solved that. I wrapped this all in another loop, and I created a variable named remainder there. remainder is the sum of northPixel + northWestCounter, which we then subtract the number of pixels on the strip. Look at the diagram above if you need help visualizing this.

If our remainder is greater than zero, it means that the northWestCounter has extended past 174, and we can use this knowledge to create a logical check - if remainder has a value greater than or equal to zero, it meant the counter had “jumped” back to 0. We could use this remainder to guide our updates along the rest of the strip, up until the desired stopping point (westPixel).

We also made two variations of the code, one with a black background, and one with a random background color.

A little note on the background color - the “tracer” colors are generated every time a full loop is completed. These tracer color values are stored before the start of the next loop, and the value is passed to the bgColor variable. This gives our colors a smooth continuity, as it looks like a random color bursts over our previously painted work.

I’ve pasted the full code below. This will work on your Arduino Uno with the Adafruit Neopixel Library and exactly 174 LEDs on your strip, arranged in exactly the manner we have. That’s my way of saying you’re going to need to adjust this code. Use it as inspiration, not a plug and play gist.

Here are some more pictures of the finished product. 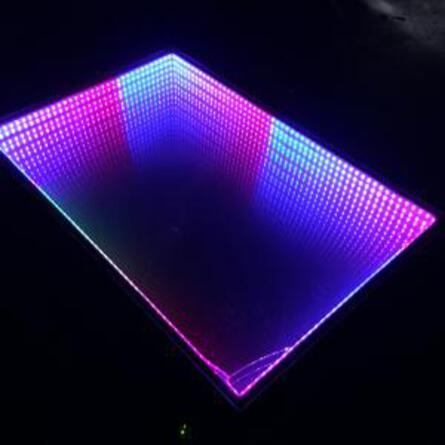 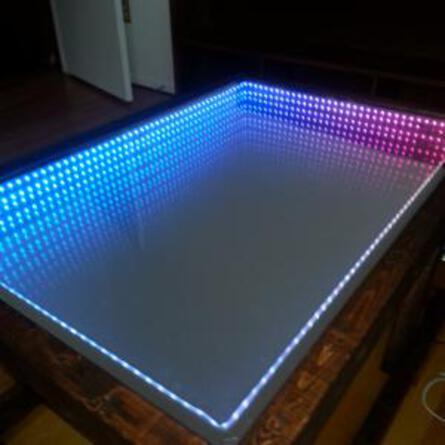