A Klein Bottle from Cliff Stoll

I purchased a Klein Bottle from Cliff Stoll on January 16th, 2018 - a cold, bitter morning. I sent him this note, along with my credit card number and presumably all of the information needed to ruin my life.

Cliff, I hope you read this. I was born in 1989 and grew up reading the Cuckoo's Egg.[1] I even baked the chocolate chip cookies you were so kind to provide the recipe for.[2]

Many years later I am a software developer and professional tinkerer. I was profoundly influenced by your book and your mad hatter approach to computer science.

I am sure you hear this often, but I thank you very much for your contribution to my world.

I am different, and better, for having ingested your peculiar way of conveying stories. Even reading this website had me in stitches.

Happy to have purchased something with sentimental value, I worked for the next few hours.

By lunch, I had received a reply from the man himself.

Thank you for your smiling comments about Cuckoo's Egg - oh, but that sends me back a quarter century (when there were payphones, modems, and pocket pagers). You actually tried those chocolate chip cookies? The back story: we used to make these once or twice a week. Well, while writing that chapter, I was making a batch of 'em and got some butter or grease on my keyboard. Figuring that this was some kind of omen, I decided to put it right into the book, at the very place where I was writing. So, in an indirect way, you were just following the storyline of my life in the 1980's. I'm especially happy to hear that you tinker around with software (and, I assume, hardware) ... so much of software work seems to be just library calls and managing releases. Gone are the days of building things...

Thanks, of course, for your Klein bottle order! I've just signed your medium sized Klein bottle and then snuggled it into a 9x5x5 inch box along with an invoice and the usual Acme topological propaganda. I scribbled a greeting on the packing slip as well.

While packing the glass manifold, I took a few photos, several of which seem to be in focus. In my next email, I'll send these photos to you. But if you're on a slow internet connection, there's no need to download them - the files may be fairly large.

I'll bike to the post office today (Tuesday the 16th) and send it via First-Class Mail. In theory, the box oughta arrive on Friday January 19, give or take an aeon. It's hard to predict exactly, what with the weather, the political situation, the economy, global warming, continental drift, the expansion of the universe, and the uncertainty principle.

So, from across the continent and around our three spatial dimensions, here's my one-sided cheers to you. I'm sure you'll like the Klein bottle - and my warm wishes that you put together a few stories...

-Cliff (on a misty Tuesday morning in Oakland)

I was stunned to get a personalized touch - and I got to hear about the book that I grew up devouring.

A second email sat in my inbox. Inside were pictures of my Klein bottle teleporting around Cliff’s house. We traveled from his workshop to his wife’s garden. 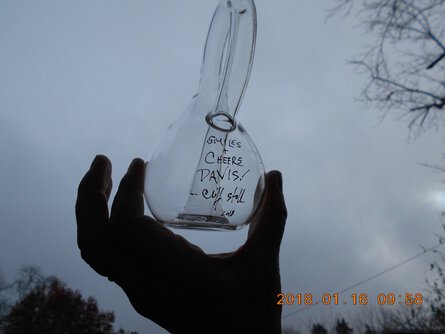 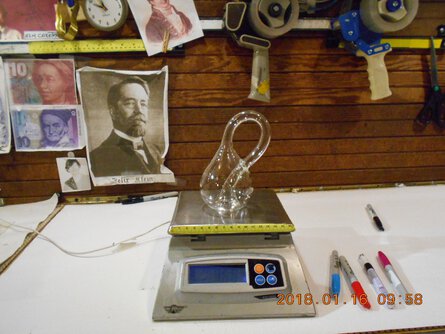 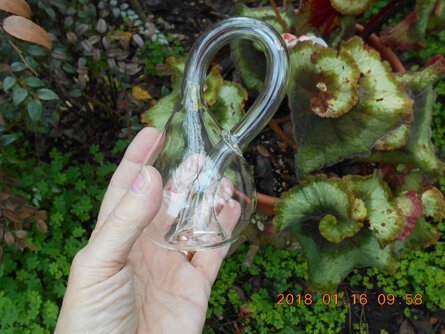 His workshop, by the way, has been a huge YouTube hit for years. This video will delight you if you’ve never seen it.

The reason I was so enthralled to hear from Cliff? He’s one of the men who taught me to troubleshoot.

The Cuckoo’s Egg is all about tracking down the tiniest details using the software and hardware available at the time. Cliff races baud modems and phone trunks to pinpoint his guy - all because of a seventy-something-cent error in the Berkeley accounting program. The book is a terrific read and extraordinarily detailed. The amount of patient troubleshooting displayed throughout the book was foundational for my understanding of how to take apart a computer-driven jigsaw puzzle.

I have never read such a thoroughly entertaining book. Cliff’s mad scramble to deal with printers and track keystrokes and save emails - hysterical. I’ve often thought of Cliff while debugging RealSimpleEmail, my email platform. There were a lot of strange routing bugs that I needed to learn about the email world, and I felt kinship with a young Cliff Stoll, poking around in areas he probably shouldn’t in order to understand the bigger picture.

Cliff Stoll was a childhood hero of mine because of Cuckoo’s Egg.

He was an adolescent hero of mine because I began my career tinkering with computers and understanding the complexity of the systems we have today.

He is an adult hero of mine because he took time to respond to a lifelong fan.

I thought it would be only fitting, since he was sharing his art with me, that I share some with him.

Given that I’ve been tinkering with generating word art from novels, I figured it was only natural to run Cuckoo’s Egg through my script.[3]

I emailed him this little piece of generated art. I do hope he enjoys it.