Here are some pictures of my newly created (and thoroughly magnetized) Warhammer: Age of Sigmar Seraphon Stegadon/Engine of the Gods model.

The model can be converted between three configurations using magnets:

By adding magnets all over the model, I was able to achieve a dual-function model, something I’m quite proud of. 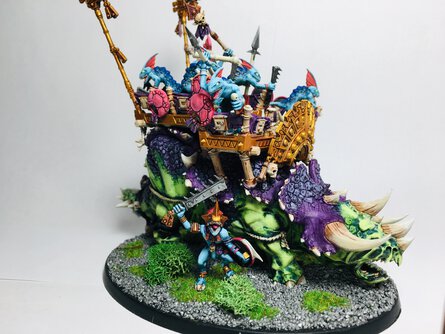 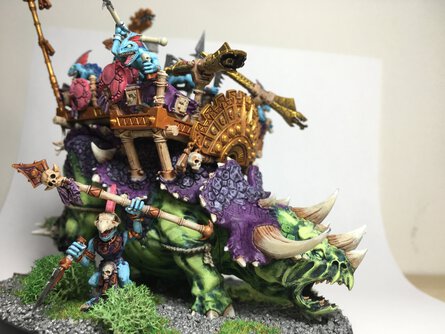 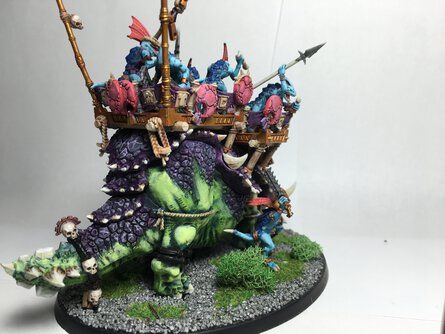 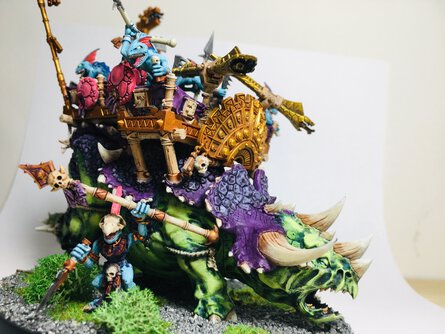 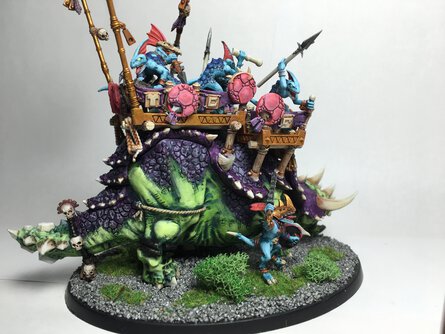 This was my first time magnetizing a model. I learned a lot. I’m writing this blog mostly as a way to recap what I’ve learned.

Here are some pictures from the build:

I can’t wait to use this guy in an upcoming battle. Being able to alternate between model types will be awesome for future replayability.

While the model technically is lacking an Engine, I’ve made up for that with lore! You see, the Engine on this particular model broke down many years ago and was discarded. The mighty Skink Priest was so clever and determined to succeed that he managed to channel the spirit of the Engine through himself.

So, the Skink Priest == Engine, on this model. Don’t think too much about it.