We were featured on Rerolling Ones, I was interviewed for over an hour on Realm and Ruin, and we even got a shoutout on Mr. Mephisto’s Rantcast.

Most of all, we continued to improve our library of rules. Our site is faster than ever, did I mention it works offline now, and our arsenal of tests continues to grow.

But have you ever wondered who else is using AoS Reminders?. I’m going to give you the army stats you’re here for, of course, but I’ll also talk a little bit about the audience for this website.

Stats for this month are going to be a little crazy! What I’ve observed in the past is Stormcast Eternals maintaining a strong lead over every other faction.

That is not the case anymore.

I can already hear you saying - “Wait, what about Ossiarch Bonereapers and Ogor Mawtribes?”

They were added at the very end of October, so they won’t show up in the monthly stats, but if we condense our queries to the last few days (Oct 30 - Nov 4), we can see that they are pretty freaking popular.

Every time I post these pie charts, I get beat up for not defining what “Others” means - so here you go, enjoy! This is a full table of all of the selections made in October.

AoS Reminders is capable of taking in Azyr/Warscroll Builder PDFs or Battlescribe HTML files and instantly populating the rules you need for your list. Which is pretty freaking cool.

But who’s using what, and how much? *

* Keep in mind Battlescribe support was only added near the end of October, so it won’t have the same presence as Azyr/Warscroll Builder.

We had 4,500 unique users in October. Where are they all coming from, and what do they look like? 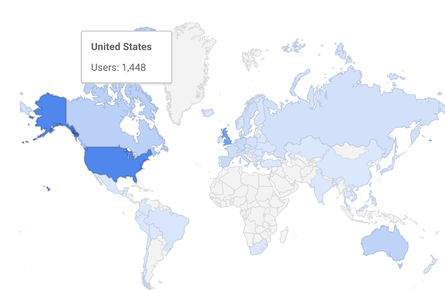 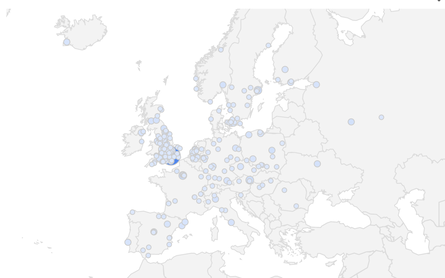 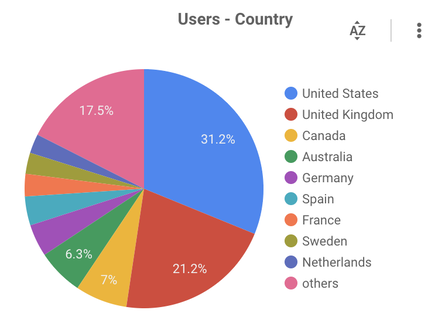 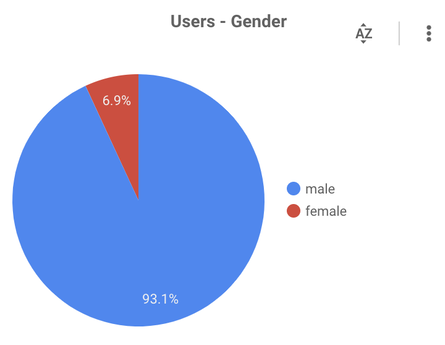 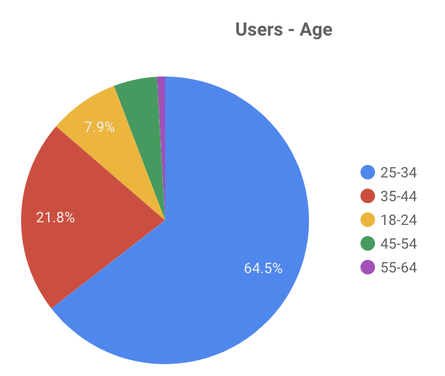 Our users are heavily concentrated in North America and the UK. Not a huge surprise there - GW is based in the UK, and I’m from NA and probably talk to a lot more Americans than anything else.

Australia has been popping up more and more lately, which I credit to Doom and Darkness and AoS Coach!

To my 37 users from New Zealand - cheers! I was there for a couple weeks in March and absolutely fell in love with your country.

Our users are overwhelmingly male. I think that is probably just representative of the hobby. I would like to see more women using the site!

One thing that surprised me is the age demographics. I really thought it would trend older (mostly 40s), but ~65% of our users are between 25-34. I guess that makes sense though - that’s the age where we start having disposable income, but not old enough to feel the existential dread of wasting our life playing with toy soldiers :)

When I first wrote the site, I believed that most of my users would use a desktop computer, because that’s how I use it. I was very surprised to see how many mobile users I have - and Android phones are majorly represented!

62% of our users are using mobile devices, and 40% of those are on Android. Since I’ve been tracking these stats, I have put a TON of work into improving mobile performance and UI, and I think I’ve been doing a decent job of that.

Did I mention the site works offline? How freaking cool is that? You can use it on the subway or in a plane!

Chrome absolutely towers over all other browsers in terms of usage, which isn’t really surprising - but poor Firefox, I really thought it had more market share than a paltry 4.6% :(

These stats only track people who don’t use ad-blockers. Depending on which clickbait article you read, something like 30% of users run ad-blockers and therefore won’t be tracked.

I run an ad-blocker btw, so this isn’t a judgement :)

It was a great month for AoS Reminders. We added a ton of features and content, and our users stay on the page for an average of 8 minutes, which is kinda crazy.

I’ve gotten so many kind words from people using the tool, and I’m excited to keep working on it and bringing you new features.

Ogor Mawtribes and Ossiarch Bonereapers are crazy popular right now, and Cities of Sigmar has clearly found a place in people’s hearts.

Something cool I’m working on right now - the ability to share armies with a URL.

I think it’ll be pretty neat!

If you like this article, or the work I’ve done on this project, consider subscribing to support me. It would be a pretty cool thing to do!